From the burning world of Krypton to the bucolic fields of Kansas, the first chapter of SUPERMAN YEAR ONE tracks Clark Kent’s youth in Kansas, as he comes to terms with his strange powers and struggles to find his place in our world. DC BLACK LABEL is proud to present the definitive origin of Superman as rendered by the legendary comics creators Frank Miller and John Romita Jr.!

Poll: Who is your favorite Superman villain?

Superman’s villains range from evil geniuses to cosmic-level powerhouses. Which one is your favorite?

Who is your favorite Superman villain?

Who is your favorite Spider-Man villain?

Celebrate 1000 issues of Action Comics with an all-star lineup of top talent as they pay tribute to the comic that started it all! From today’s explosive action to a previously unpublished tale illustrated by the legendary Curt Swan to the Man of Tomorrow’s future-this very special, oversized issue presents the best of the best in Superman stories!

FEATURING ALL-NEW ART AND STORIES BY:

…Plus a blank variant cover!

“THE OZ EFFECT” part one!

The agents of the mysterious Mr. Oz begin to move as the Man of Steel works to stop the chaos they unleash in Metropolis and across the globe. But when Mr. Oz steps from the shadows his identity rocks the Last Son of Krypton to his core.

The story that began in DC Universe: Rebirth #1 begins to end here!

Welcome to the Austin Books & Comics New Reader Guide! We’re here to introduce some of our favorite books that you may not already know about, and maybe even help you find your next favorite comic series!

Faster than a speeding bullet, more powerful than a locomotive. The Man of Steel, the Last Son of Krypton. The most famous superhero of all time, bar none. As another 1/3 of DC’s Trinity, Superman has endured as an inspiring symbol, representing the best of what we can be.

In this guide you’ll find the recent Superman ongoing series, as well as some of the more acclaimed miniseries, story arcs, and other series.

All titles are available at the store, and if not we will be happy to special order them for you!

Introducing Jonathan Kent, the son of Clark Kent and Lois Lane, as the new Superboy. This series is a twist on the Kent family dynamic, putting Clark into the Pa Kent role, and being forced to decide whether he should encourage his son to embrace his powers, or hide them from the world.

Superman returns to Metropolis after some time away, only to find its new protector is Lex Luthor. In the midst of their confrontation they are interrupted by none other than… Clark Kent??

This series finds Superman in a shocking new status quo: the populace fears him, the media mistrusts him, and he is far from the inspiring figure he is known to be. Not only this, he must face a massive threat to Metropolis that he may be the cause of.

As part of the New 52 relaunch, Action Comics features a younger Superman early in his career, having just arrived in Metropolis.

Effectively using the often-twisty DC continuity, this series centers around the Pre-New 52 versions of Clark Kent, Lois Lane, and their son Jonathan, who have been transported to the (then) current New 52 version of Earth. Operating anonymously and in the background for years, this Superman and his family’s secrets are about to be revealed to the world, with their son caught in the middle.

It’s well-known that Batman and Superman are the best of friends. However, in the relaunched New 52 continuity, the Dark Knight and the Man of Steel barely know each other. This series depicts the early days of their partnership, and how they went from the heroes of their respective cities to the World’s Finest.

This series centers around the romance between the most powerful couple in the DC universe: the Man of Steel and the Warrior Princess of the Amazons, as they fight against not only enemies, but those that disapprove of their pairing.

Inspired by the 1990s animated series, Superman Adventures captures the unique feel of the iconic series, featuring stories by comics legends Paul Dini and Scott McCloud. Full of action and thrills, this series appeals to Superman fans young and old.

Widely considered to be one of the greatest Superman stories of all time, All-Star Superman incorporates numerous Silver Age-esque concepts while portraying Superman as the iconic, inspiring figure he was always meant to be.

Written by Max Landis with a different artist each issue, American Alien focuses on different points throughout Clark Kent’s life as he goes from rebellious Kansas farmboy to the legendary hero we all know, while developing connections to the greater DC Universe as he meets figures like Lex Luthor, Bruce Wayne, Oliver Queen, and more.

This series explored the friendship, camaraderie, and antagonism between the titular characters. It opens with President Lex Luthor declaring Batman and Superman has public enemies, stating that a Kryptonite asteroid headed towards Earth is part of an evil plan of Superman’s. This sends both villains and heroes after the duo, who must work together to clear their names and prove Luthor’s guilt.

A modern retelling of Superman’s origins, Birthright follows a young Clark Kent as he goes from Kansas farmboy to Daily Planet reporter and the greatest hero the world has ever known. His journeys around the world as a young reporter, combined with his rural Kansas upbringing and alien origin, provide a unique perspective on the value of life and the inherent goodness of humanity.

A truly shocking event for its time, the Death of Superman centered around Superman and his cataclysmic battle against the seemingly-unstoppable beast Doomsday, culminating in the apparent death of both combatants.

Part of DC’s Earth One line of graphic novels, Superman: Earth One depicts a young Clark Kent first arriving to Metropolis as he tries to find his place in the world not only as Clark Kent (finding a job, living up to his potential, making his parents proud) but also as Superman (revealing his powers to the world and the consequences that follow).

Superman For All Seasons

A four issue miniseries that depicts Superman from the perspectives of Jonathan Kent, Lois Lane, Lex Luthor, and Lana Lang. This coming-of-age story divided by seasons (in the literal and metaphorical sense) depicts Clark Kent making the difficult transition from small town Kansas farmboy to big city reporter, while trying to use his powers to the best of his abilities.

Superman: The Greatest Stories Ever Told

A collection of essential Superman stories from over the years, most notably 2001’s “What’s So Funny About Truth, Justice & the American Way?”, written by Joe Kelly with art by Doug Mahnke and Lee Bermejo. This story centers around Superman and his conflicts with a new superpowered vigilante group called The Elite, who often kill their foes. Despite public support, Superman disagrees with their methods, showing that there are lines that heroes should not cross.

In the near future, the superheroes we know have retired, replaced by edgier, more violent vigilantes that cause almost as much chaos and destruction as the villains they fight. When the world comes to the brink of destruction, Superman and his old allies must come out of retirement for one last stand for truth and justice.

After 1986’s seminal Crisis on Infinite Earths event, DC had creator John Byrne reinvent Superman for the modern era. This 6-part miniseries stripped away many of the campier elements of the Silver Age including the varying types of Kryptonite, Superman’s early career as Superboy with the Legion of Superheroes, and the other Kryptonian elements such as the bottled city of Kandor and Krypto the Super Dog. The series also reimagined many supporting characters, changing Lois Lane from damsel in distress to a strong, independent reporter and Lex Luther from mad scientist to scheming businessman.

One of the ultimate “What if?” stories, Red Son asks the question of what if the most powerful being on Earth didn’t grow up with a loving family in small town America, but instead came up in the harsh, frozen wastes of Soviet Russia. A brilliant twist on the Superman mythos, this miniseries explores alternate takes on Superman, Wonder Woman, Batman, Lex Luthor, and others.

This alternate take on Superman centers around a young man named Clark Kent who lives in a world where superheroes only exist on the pages of comic books. This Clark discovers that like his namesake, he has superpowers that he uses to help people. A meta take on the Superman mythos, this series explores the idea of what makes a regular person into a hero.

Following the Infinite Crisis event from 2006, this miniseries was the new definitive version of Superman’s origin. Incorporating numerous modern elements into the iconic tale, as well as reintroducing Silver Age concepts such as Superman’s early years as Superboy, the Legion of Superheroes, and more into a modern context.

Whatever Happened to the Man of Tomorrow?

Effectively a celebration of the Silver Age version of Superman, Whatever Happened to the Man of Tomorrow? features Superman facing off against his greatest foes, including a reimagined version of Bizarro, Lex Luthor, Brainiac, and more.

Not one, not two, but THREE picks for this week!

(W) Robert Venditti (A/CA) Ethan Van
Superstar artist Ethan Van Sciver returns to the world of Green Lantern! In the absence of the Green Lantern Corps, Sinestro and his fear-inducing Yellow Lantern Corps patrol the universe as its sole protectors-but deep in space, a green light still burns. Harnessing the remainder of his will, Hal Jordan must become a one-man GL Corps to defeat his greatest foe and restore freedom to the cosmos.

(W) Gene Luen Yang (A/CA) Viktor Bogdanovic
“MADE IN CHINA” Chapter One: An impulsive act of heroism thrusts an arrogant young man into the limelight of Shanghai as China begins to form its own Justice League of powerful heroes. Rising from the ashes of The Final Days of Superman, award-winning writer Gene Luen Yang and on-the-rise art star Victor Bogdanovic introduce readers to Kong Kenan-the New Super-Man! When the world needed a new hero, China made him!

(W) Tim Seeley (A) Yanick Paquette (CA) Javi Fernandez
He’s been Robin, Batman, a spy, a ghost. Now, Dick Grayson returns to Gotham City to reclaim the life that was taken from him. But when a new evil threatens those he loves most, Nightwing faces being torn away from home once again in order to destroy the dark force once and for all. Powerhouse artist Yanick Paquette (BATMAN, SWAMP THING) joins series writer Tim Seeley (GRAYSON, BATMAN & ROBIN ETERNAL) to return Nightwing to the DC superhero stage!

(W) Grant Morrison (A/CA) Liam Sharp
The team of writer Grant Morrison and artist Liam Sharp continue their bold new take on the Emerald Warrior in a wild 30-page second season opener! In the wake of the Blackstar incursion, Hal Jordan and his fellow Lanterns must pick up the pieces from that cataclysmic conclusion. Among them is Jordan’s next critical mission: search for the next generation of cosmic immortals. Is the universe ready for…the Young Guardians? 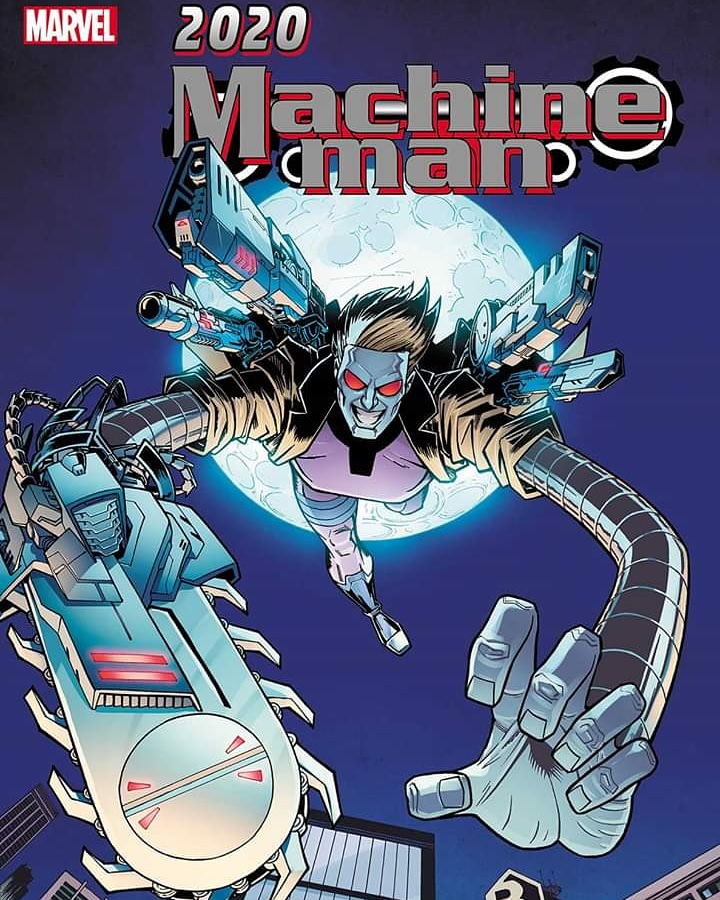 AustinBooks & Comics @AustinBooks
Saturday, February 15th, 2020 at 6:07pm
Just a taste of what we brought back from the warehouse. Showcase and back issues galore! #backissuesaturday https://t.co/QwRvLIEep7
View on Twitter 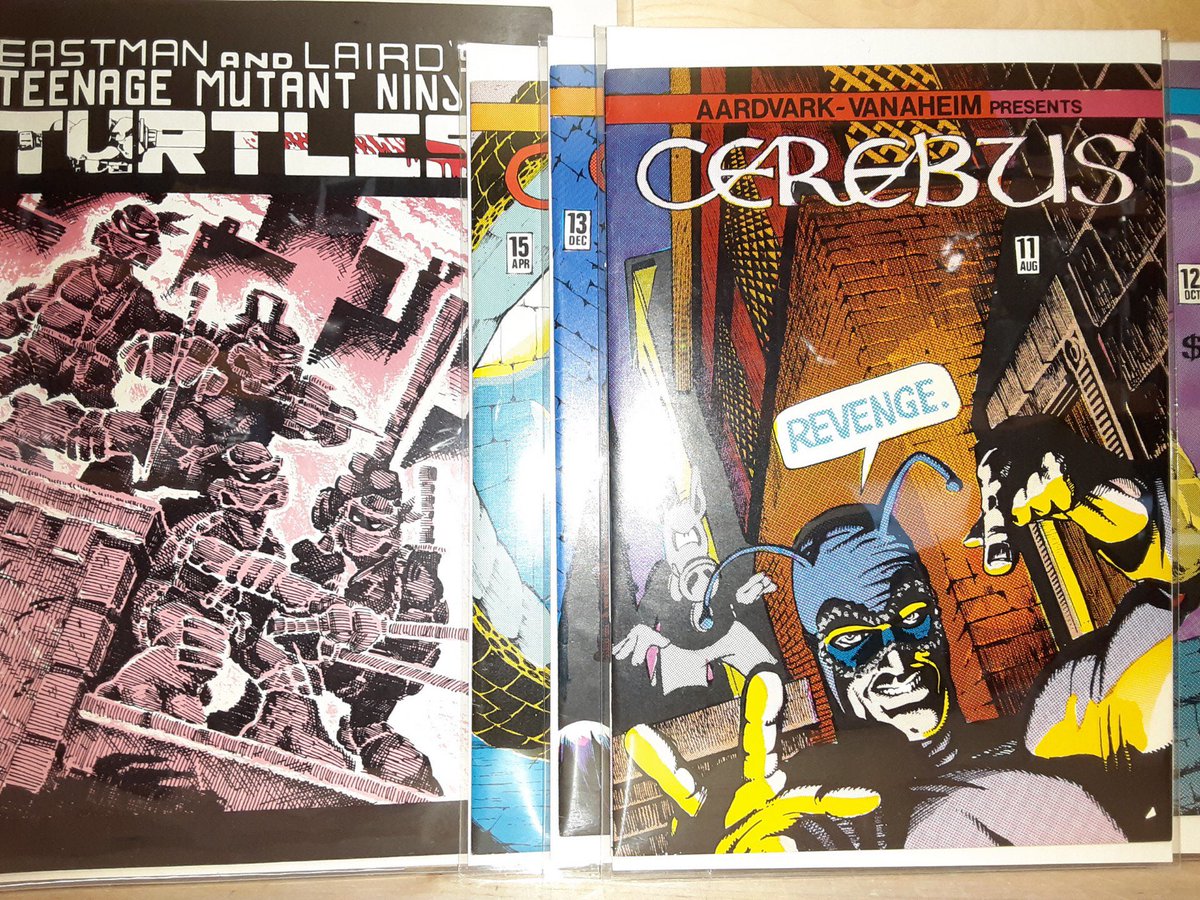 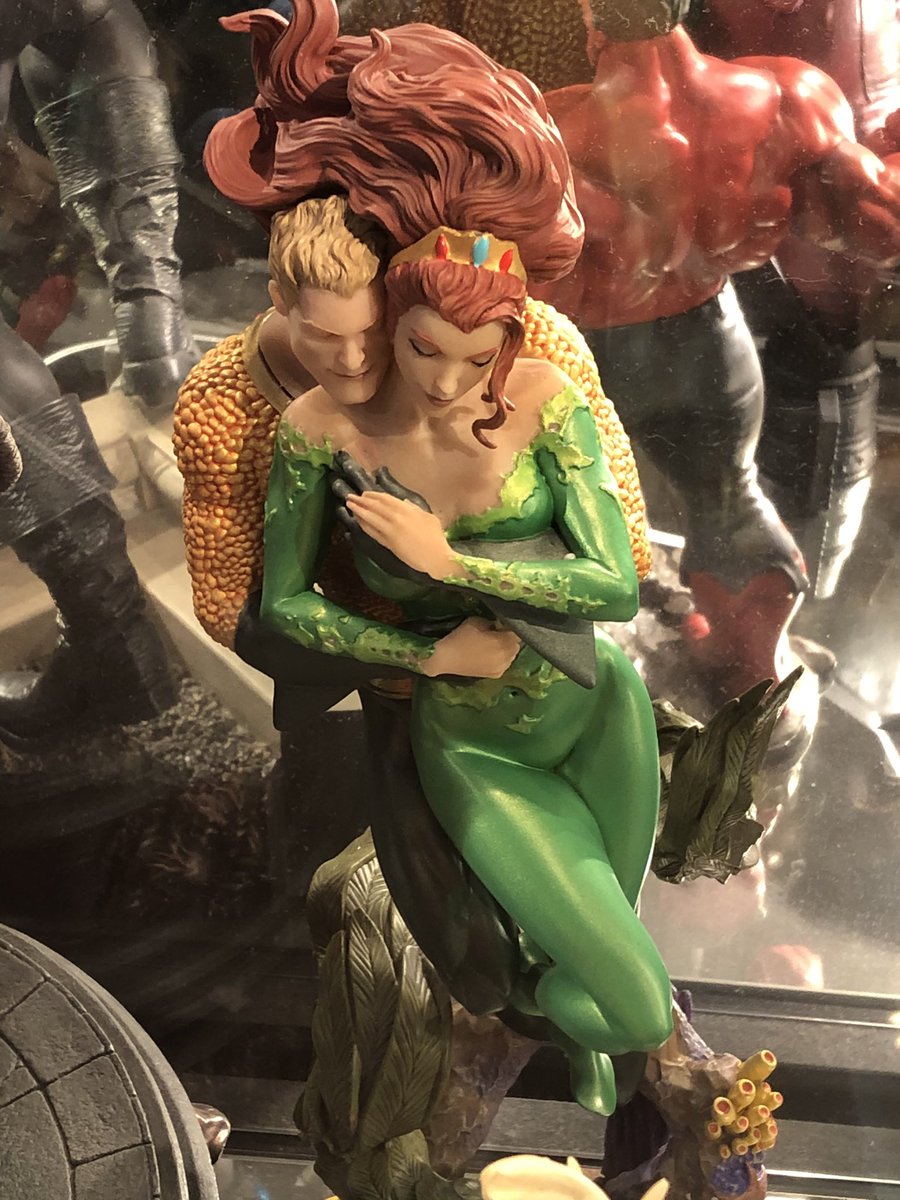 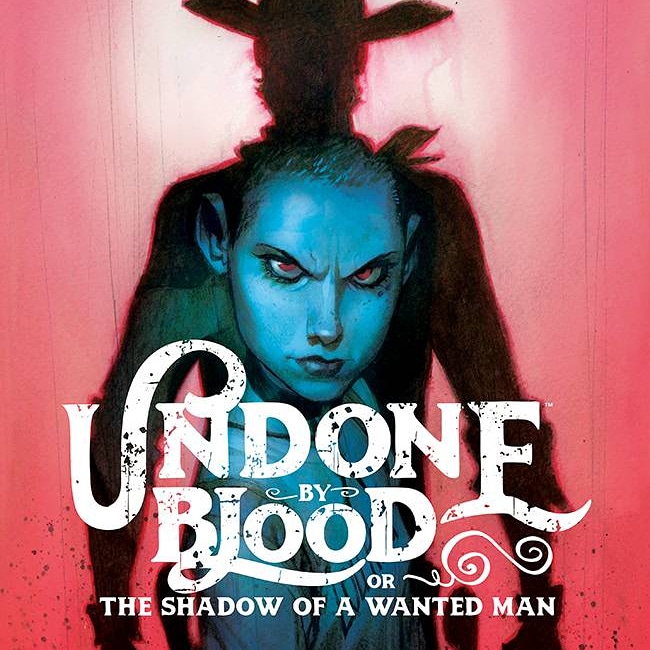 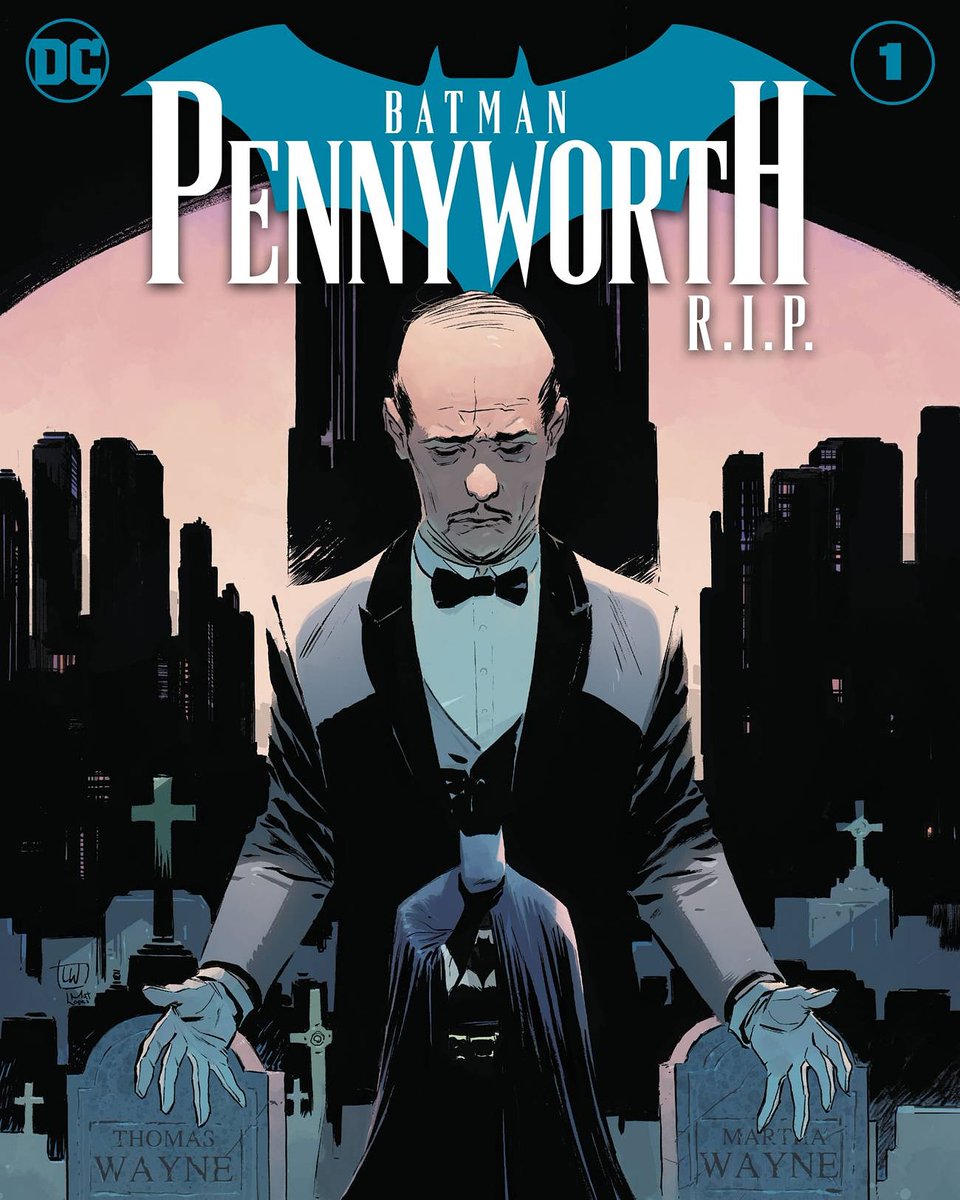