Co-writers Tim Seeley & Tom King team with sensational artist Mikel Janín for GRAYSON VOL. 1: AGENTS OF SPYRAL—a high-octane, highly acclaimed super-spy thriller that reveals an all-new side of one of the DC Universe’s most legendary heroes!

Unmasked, targeted and presumed dead, Dick Grayson’s world has been turned upside down. No longer Nightwing, former Boy Wonder, he’s now a man who doesn’t exist . . . which makes him the perfect double agent.

Dick will have to leave behind the black and white world of super heroes to infiltrate the shadowy inner workings of the mysterious spy agency known as Spyral. Without a costume to hide behind, the would-be 007 must find the answer to one important question: just who is Dick Grayson?

Prince of Cats is the B side to Shakespeare’s Romeo and Juliet, played at an eighties block party in a NY where underground sword dueling blossomed alongside hip-hop, punk, disco and no wave. It’s the story of the minor players with Tybalt at the center. Like Shakespeare’s originals, Prince of Cats implements various formalist restraints. Prince of Cats will be made into a film by Spike Lee!

We are closed Thanksgiving day at all four stores, but we’ll be open early Friday for truly amazing deals.
It’s our Black Friday sale here at the Center of Austin’s Fandom!!

Oh you though we were done?! nope!! Sidekick Store returns once again with highly discounted toys, games and 50% off graphic novels and manga!!

They don’t call us the Center of Austin Fandom for nothing! Guzu Gallery and Outlaw Moon are joining in on our sale too!!

Guzu Gallery will have special discounted tables with 30%-50% off! And everything else in the store will be 10% off!!!

Good ol’ Outlaw Moon has got all your game and vintage toy needs!! We’ve got an Early bird special going from 8am to 10am, all games are 25% off!! All wall toys will be 50% off all day! Three whole tables are gonna be taken up with our backroom toys being priced on the fly! the cherry on top? A table full of 50% off games! when one sells we’ll replace it with another!!!!

Our deals are so good we bet Santa will even be there to cash in on them! The Center of Austin Fandom is the place to be this Black Friday and we can’t wait to see you there!!!

Signing and Presentation with Gene Yang

Meet Gene Yang for a signing + a presentation related to the book Superman Smashes the Klan #1.

Gene Luen Yang writes, and sometimes draws, comic books and graphic novels. As the Library of Congress’ fifth National Ambassador for Young People’s Literature, he advocates for the importance of reading, especially reading diversely. American Born Chinese, his first graphic novel from First Second Books, was a National Book Award finalist, as well as the winner of the Printz Award and an Eisner Award. His two-volume graphic novel Boxers & Saints won the L.A. Times Book Prize and was a National Book Award Finalist. His other works include Secret Coders (with Mike Holmes), The Shadow Hero (with Sonny Liew), Superman from DC Comics (with various artists), and the Avatar: The Last Airbender series from Dark Horse Comics (with Gurihiru). In 2016, he was named a MacArthur Foundation Fellow. His most recent books are Dragon Hoops from First Second Books and Superman Smashes the Klan from DC Comics.

(W) Gene Luen Yang (A/CA) Gurihiru
he year is 1946, and the Lee family has moved from Metropolis’ Chinatown to the center of the bustling city. While Dr. Lee is greeted warmly in his new position at the Metropolis Health Department, his two kids, Roberta and Tommy, are more excited about being closer to their famous hero, Superman!
While Tommy adjusts to the fast pace of the city, Roberta feels out of place, as she tries and fails to fit in with the neighborhood kids. As the Lees try to adjust to their new lives, an evil is stirring in Metropolis: the Ku Klux Klan. When the Lee family awakens one night to find a burning cross on their lawn, they consider leaving town. But the Daily Planet offers a reward for information on the KKK, and their top two reporters, Lois Lane and Clark Kent, dig into the story.
When Tommy is kidnapped by the KKK, Superman leaps into action-with help from Roberta! But Superman is still new to his powers-he hasn’t even worked out how to fly yet, so he has to run across town. Will Superman and Roberta reach Tommy in time?
Inspired by the 1940s Superman radio serial “Clan of the Fiery Cross,” Gene Luen Yang (American Born Chinese, Boxers and Saints, The Terrifics, New Super-Man) presents his personal retelling of the adventures of the Lee family as they team up with Superman to smash the Klan.

Trick Or Treat at ABC!

This Halloween from 4 to close, Austin Books & Comics will be providing candy for all of our Trick or Treaters!

Complimentary beverages will be provided by Deschutes Brewery and Chameleon Cold-Brew.

Let’s get in the Halloween spirit with Marvel’s best HORROR COMIC!
(in case you didn’t know, Bruce Banner died. this comic is…)

THE RETURN OF BRUCE BANNER!

You know Bruce Banner. He’s quiet, calm, never complains. He’s a man who believes he can use the darkest elements of his personality to do good in the world. If someone were to shoot him in the head… All he’d do is die. But the horror lives deeper. A horror that refuses to die.

When night falls something other than the man gets up again.

The horror is the Immortal Hulk.

Celebrate the release of Batman Superman #1 and get your copies signed by DC artist David Marquez!

MARVEL COMICS
(W) Zeb Wells (A/CA) Stephen Segovia
BAD IS THE NEW GOOD!
When Krakoa opened their doors to all mutants and forgave all past crimes, they might have known they’d have to accept some of their worst foes into the fold… but they didn’t plan for what to do with them. Not to worry-Mister Sinister knows what to do with the troublemakers. Meet his new Hellions: Scalphunter, Wild Child, Empath, Nanny, Orphanmaker, Psylocke…and Havok?! Under Sinister’s direction, they are sure to become productive members of mutant society. Writer Zeb Wells (AMAZING SPIDER-MAN, NEW MUTANTS) and artist Stephen Segovia (WOLVERINE: MANIFEST DESTINY, SUPERIOR CARNAGE) bring you the team you’re going to hate to love!
Rated T+ 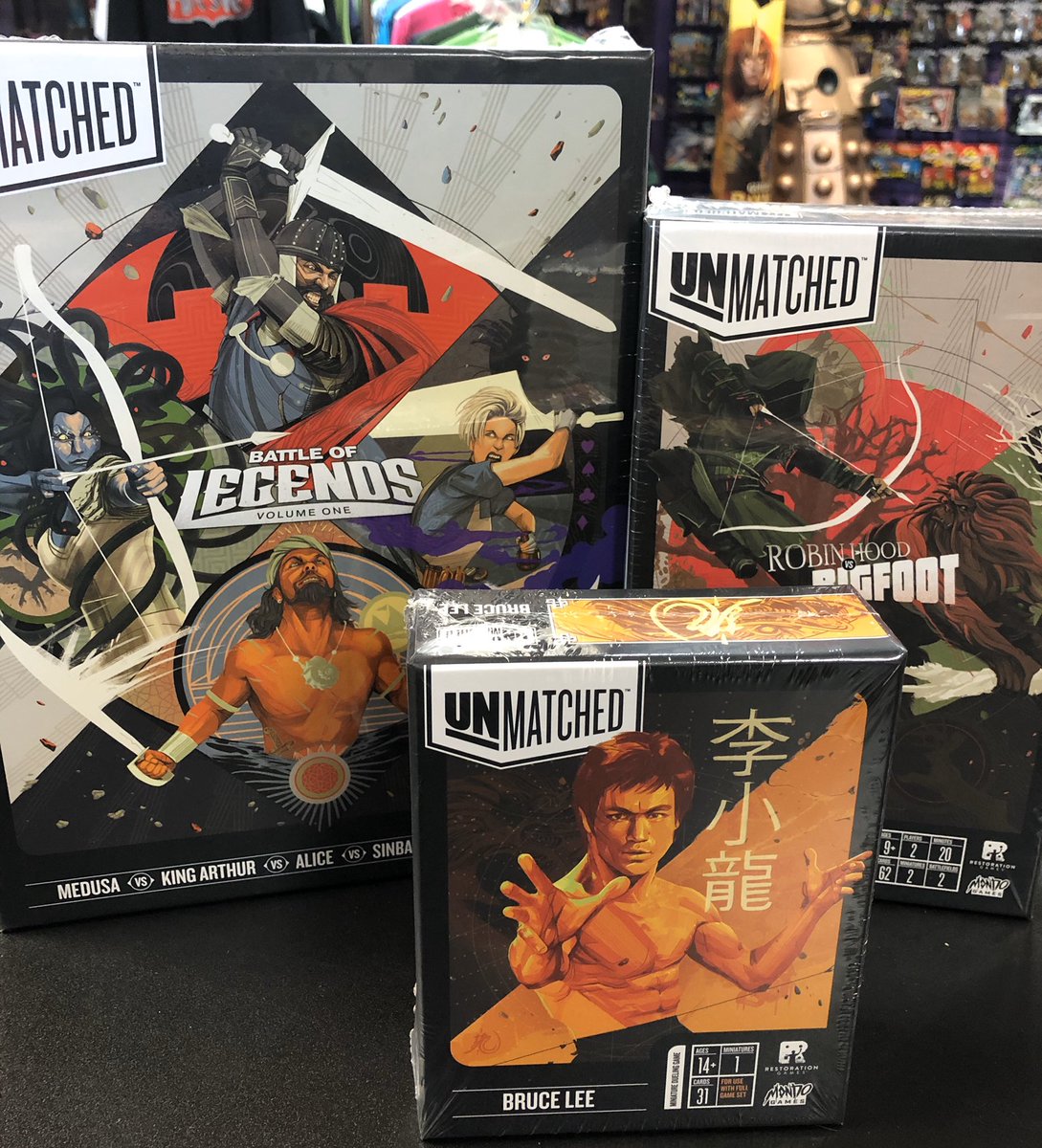 AustinBooks & Comics Retweeted · Brandon Z @ComicBookBrando
Monday, March 30th, 2020 at 6:02pm
Tonight at 6, @supertydenton1 & I will be talking some of our favorite comics at https://t.co/DzSd1H74B8! Join the conversation... we miss chatting with you all! @AustinBooks https://t.co/v54cjJqrWM
View on Twitter

AustinBooks & Comics @AustinBooks
Monday, March 30th, 2020 at 2:01pm
We found a 1977 Marvel Mazes book. So enjoy this little something to do, and let us know if you need any graphic novels, comics, games, or toys shipped to you with a quickness! https://t.co/ho3ac6Lw9E
View on Twitter 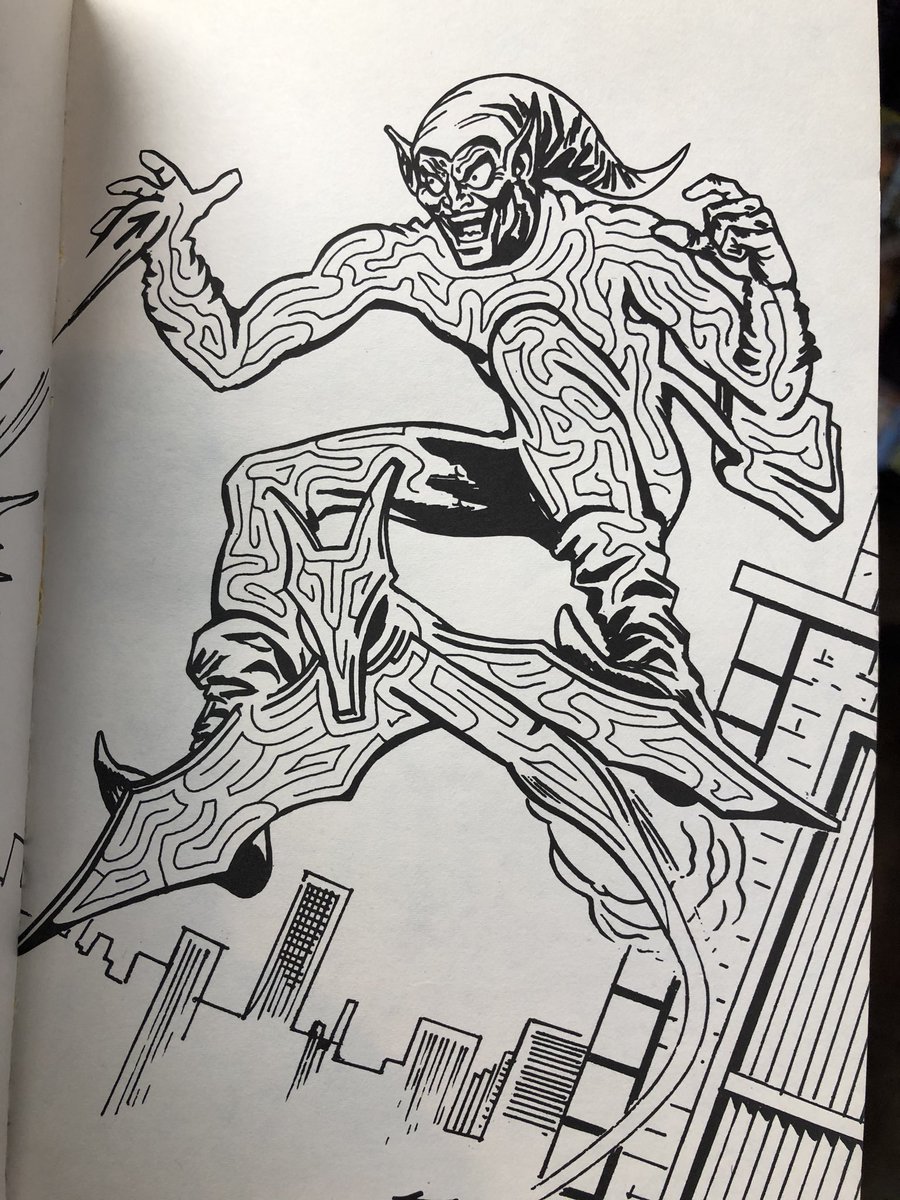 AustinBooks & Comics @AustinBooks
Wednesday, March 25th, 2020 at 1:11am
A huge and hearty thank you for all the support today! It was a rough one, but we made it. We will still be able to ship anything in our store (except Ty) to you. Just send us an email, tell us what you want, your name, address, and phone number. We’ll keep you from getting bored
View on Twitter
13
65

In reply to
Monday, March 23rd, 2020 at 6:36pm
Please allow us to help fill your time and provide a little escapism.